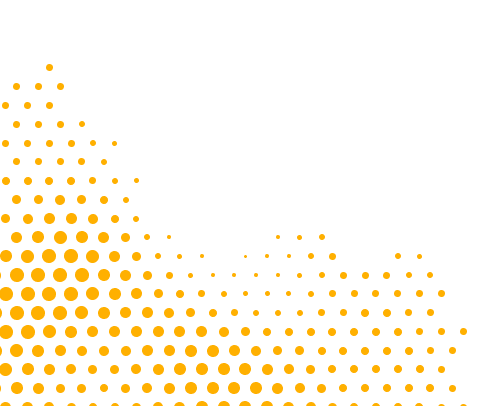 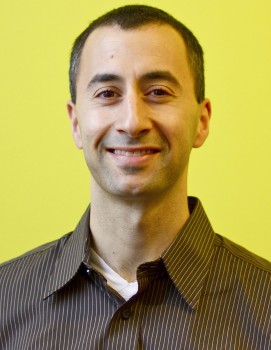 As VP, Analytics, Ben Hertz-Shargel is EnergyHub's lead data scientist, responsible for analytics in the Mercury platform. We sat down with him to discuss his background, his role at EnergyHub, and the surprising things you can learn from that thermostat on your wall.

Kat: Let's start with what a VP, Analytics actually does.

Ben: Our platform talks to a vast number of devices in the field that are constantly uploading detailed data about themselves and their environment.  My job is to leverage that data to build things that help our customers and utility partners intelligently manage energy use.  That means modeling the data to understand what it's telling you, then writing software to utilize those models in a real-time, automated way to provide intelligence.


Kat: You joined EnergyHub in October. What was your career trajectory like before that?

Ben: Well, if you want to go all the way back, I had the distinct fortune of leaving college right as the dot-com bubble burst, which cost me a job offer but ultimately put me on a much more interesting path.  I worked at a couple of innovative companies in Boston that were focused on what are known in physics as complex systems - social networks, decentralized markets, even swarms of unmanned vehicles.  This drove me to graduate school in math, and after that Wall Street, since that’s where so many smart people were going.  In my heart I knew I wanted to be in clean tech, though, given the growing climate crisis and the opportunity to be at the intersection of energy, technology, and data. So when I got the offer to join ThinkEco as VP Technology, I jumped, and had a great 3-plus years there.  That’s actually where I first met Erika Diamond [VP and GM, Energy Markets at EnergyHub].


Kat: What exactly do you do in a math Ph.D?  Is that really something you can apply in the real world?

Ben: So I did my Ph.D on the mathematics underlying the second law of thermodynamics, which governs irreversibility in nature.  It turns out that the statement of the law you read in textbooks, that the disorder, or entropy, of a closed system will always increase over time, isn’t actually true, but only holds in certain limits.  It’s kind of like how Newton’s laws do a good job explaining things in our day-to-day lives, even though they just approximate the more general laws of relativity.  As far as the real world, my Ph.D touched deeply on the physics of heat flows as well as random processes, both of which are central to the thermal modeling of a home.  So that background comes in handy all the time with the problems we solve every day at EnergyHub.


Kat: Thermostats look so simple.  What’s something that most people don’t know about their thermostats?

Ben: That’s a great question.  I would say the number one misconception people have is that there’s a simple relation between setpoint temperature and energy use - that your house basically hangs out at the setpoint and consumes energy proportional to that temperature.  The reality is far more complex.  For many homes, the time it takes to complete a heating or cooling cycle is on the same order as the time between setpoint transitions, meaning your indoor temperature - and therefore energy use - is highly sensitive to the precise timing of those transitions as well as the thermal properties of your home, which govern the cycling times. Throw in the randomness of the outdoor weather and other heat sources in the home and you’ve got quite a complex, and home-specific, relationship between setpoint and energy use.  A dramatic example is that in specific situations you can actually decrease your energy use in the winter by raising the setpoint, and vice-versa in the summer.


Kat: Wait, how is that possible?

Ben: Hah, well, it’s true that homes satisfy certain no-arbitrage principles - you’ll have to forgive me, I came from finance - including the basic fact that maintaining a strictly lower temperature in the summer does require more energy.  But the catch is your home’s transition between setpoints.  It’s possible to spend a little energy up front to fall to a lower temperature, but to save slightly more energy later, either by shaving off part of a cooling cycle during a transition or even benefiting from rising temperatures later, so that the energy cost up front came at a more efficient time for your A/C.   The bottom line is that your home’s energy use is a lot more nuanced than you might think.


Kat: What excites you most about your work?

Ben: Since leaving grad school I’ve focused much of my intellectual energy on machine learning.  It’s a real satisfying feeling to build systems that are capable of performing tasks that are impractical, and often impossible, for a human to do.  The energy space is ideal for this since there is so much inefficiency out there that could be addressed by smarter, data-driven approaches to resource management.


Kat: Is there anything you’re interested in that doesn’t involve Greek letters?

Ben: Well, my wife certainly wishes I read more fiction, but if we're talking work, I'm actually very involved in the regulatory side of our business as well.  We’re an active participant in Mission:data, a coalition of energy tech companies advocating for easy and secure energy data access for utility customers across the country.  I’ve also had the opportunity to be directly involved in the REV [Renewing the Energy Vision] proceeding here in New York, which is in the process of completely redefining energy markets and the role of utilities.  We’re at a transformation point in the energy space, and it’s a privilege to work at a company that’s helping to define what the future will look like.


Kat: To conclude on a sour note, you really haven’t stacked up well in the company foosball bracket, have you?

Ben: Oh man, I’m terrible at foosball.  The guys in the office are on a different level.  Do we hire for that?